The role of fluorine in pharmaceutical chemistry

The small and highly electronegative fluorine atom can play a remarkable role in medicinal chemistry. Selective installation of fluorine into a therapeutic or diagnostic small molecule candidate can enhance a number of pharmacokinetic and physicochemical properties such as improved metabolic stability and enhanced membrane permeation. Increased binding affinity of fluorinated drug candidates to target protein has also been documented in a number of case 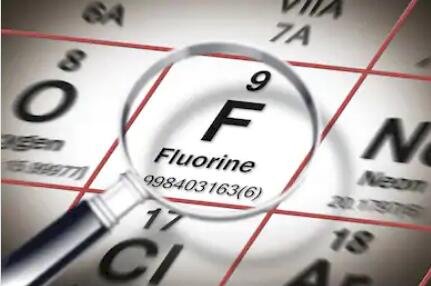 Abstract The small and highly electronegative fluorine atom can play a remarkable role in medicinal chemistry. Selective installation of fluorine into a therapeutic or diagnostic small molecule candidate can enhance a number of pharmacokinetic and physicochemical properties such as improved metabolic stability and enhanced membrane permeation. Increased binding affinity of fluorinated drug candidates to target protein has also been documented in a number of cases. A further emerging application of the fluorine atom is the use of 18F as a radiolabel tracer atom in the exquisitely sensitive technique of Positron Emission Tomography (PET) imaging. This short review aims to bring together these various aspects of the use of fluorine in medicinal chemistry applications, citing selected examples from across a variety of therapeutic and diagnostic settings. The increasingly routine incorporation of fluorine atom(s) into drug candidates suggests a bright future for fluorine in drug discovery and development. A major challenge moving forward will be how and where to install fluorine in a rational sense to best optimise molecular properties.

Fluorine is both small (van der Waals radius 1.47 A˚) and the most highly electronegative element in the Periodic Table (3.98 Pauling scale). This makes fluorine a unique atom that in turn has a profound effect when bound to carbon in small organic molecules. An examination of the role of fluorine in medicinal chemistry reveals that substitution of an organic compound with even a single fluorine atom or trifluoromethyl group located in a key position of a biologically active molecule can result in a profound pharmacological effect. Traditional medicinal chemistry based on the use of natural compounds or closely related derivatives, where there is a low abundance of compounds containing fluorine, meant that fluorinated compounds were rare in medicinal chemistry until the 1970s. Early work by Fried [1] on 9a-fluorohydrocortisone acetate revealed how introduction of fluorine into an existing biologically active compound imparted beneficial properties to that compound. Currently, many fluorinated compounds are synthesised routinely in pharmaceutical research and are widely used in the treatment of diseases. These include: anti-cancer agents [2], antidepressants, antiinflammatory agents, anaesthetics and central nervous system drugs [3], and a number of review articles on different therapeutic classes of fluorine-containing agents have been published in recent years [2–6]. Fluorine substitution has been extensively investigated in drug research as a means of enhancing biological activity and increasing chemical or metabolic stability. Important factors to be considered when synthesising fluorine-containing compounds are: . the relatively small size of the fluorine atom (van der Waals radius of 1.47 A˚ ), comparable to hydrogen (van der Waals radius of 1.20 A˚). . the highly electron withdrawing property of fluorine.

. greater stability of the C–F bond compared to the C–H bond. . greater lipophilicity of fluorine compared to hydrogen. Despite the fact that fluorine is slightly larger than hydrogen, several studies have demonstrated that it is a reasonable hydrogen mimic and is expected to cause minimal steric perturbations with respect to the compound’s mode of binding to a receptor or enzyme [7]. At the same time however, the introduction of a fluorine atom significantly alters the physicochemical properties of the compound due to its high electronegativity. Therefore this type of modification can induce altered biological responses of the molecule. The current strategies for introducing fluorine atoms into molecules are centred on the following topics: 1. Improved metabolic stability Metabolic stability can determine the bioavailability of compounds and substitution with fluorine at the site of metabolic attack can prevent oxidative metabolism based on the fact that the C–F bond is more resistant to attack than the C–H bond. Also, substitution at adjacent or distal sites to the site of metabolic attack can also affect drug metabolism due to inductive/resonance effects or conformational and electrostatic effects [7]. 2. Altered physicochemical properties As fluorine is the most electronegative element, its introduction into a molecule can alter electron distribution which can impact on the pKa, dipole moment and even the chemical reactivity and stability of neighbouring functional groups. Fluorine can reduce the basicity of compounds which can improve bioavailability as a result of better membrane permeation of the compound. 3. Increased binding affinity Fluorine substitution is being increasingly used to enhance the binding affinity of a compound to a target protein. This can occur by direct interaction of fluorine with the protein or indirectly by influencing the polarity of other groups of the compound which interact with the protein. This paper will discuss these current strategies in further detail, with examples of drugs that have been developed for the above purposes. The selection of drugs mentioned will not be comprehensive but should illustrate some of the wide applications that fluorine can have. In addition to its role in therapeutic agents, fluorine also has biomedical applications, such as 18F in positron emission tomography (PET). PET has been used to study biochemical transformations, drug pharmacokinetics, pharmacodynamics and as a powerful and superior non-invasive diagnostic and scanning technique to survey living tissue in humans. It is apparent that fluorine plays a huge role in the current areas of pharmaceutical chemistry with many of the most important new drugs containing propitiously placed fluorine groups. The use of fluorine is expanding beyond its incorporation into drugs to its use in investigative agents in the increasingly important field of PET. Improved metabolic stability One of the challenges faced in drug discovery is that of low metabolic stability. Lipophilic compounds are susceptible to oxidation by liver enzymes, namely cytochrome P450. This can be overcome by increasing the polarity of the compound or alternatively introducing a fluorine atom into the compound to alter the rate, route or extent of drug metabolism. The latter can be achieved by fluorine substitution at the metabolically labile site or at adjacent or distal sites to the site of metabolic attack provided that this does not compromise binding to the target protein. Substitution at adjacent sites may increase or decrease biotransformation depending on: (a) if metabolic attack is electrophilic or nucleophilic, and (b) if inductive or resonance effects of fluorine predominate in the reaction. In a saturated system, the inductive effect of fluorine should result in decreased susceptibility of adjacent groups to metabolic attack by cytochrome P450. Conversely, studies have shown that a fluorine atom placed ortho to a phenolic group can increase its reactivity as a nucleophile in methylation and glucuronidation reactions [7]. Discovery of ezetimibe Ezetimibe belongs to a class of agents that inhibit cholesterol absorption in the intestine, and was approved in 2002 by the FDA to reduce cholesterol levels in patients with hypercholesterolaemia. It provides a good example of how rational drug design led to the incorporation of fluorine into a compound in order to improve metabolic stability and enhance in vivo potency. Ezetimibe was developed from the compound SCH 48461, which is a potent cholesterol absorption inhibitor, (Figure 1). However, this molecule is susceptible to metabolic attack in four primary sites (Figure 1) via demethylation, hydroxylation, and/or oxidation. This data was used together